The Doctor of Nursing Practice (DNP) program at the University of Minnesota is accredited by the Commission on Collegiate Nursing Education.

The post-baccalaureate option of the DNP program is a three-year full-time program.

All DNP students are required to come to campus for a four-day session (Tuesday through Friday) each semester that includes: core courses, enhancement programming, specialty courses, and meetings with their advisor.

In addition, beginning in the second year of the program, students in the Psychiatric/Mental Health Nurse Practitioner specialty are expected to be on campus for coursework four to five additional times per semester for one to two days each time. Students also complete 1,000 hours at clinical sites arranged by the school.

Applicants who are not US citizens or Permanent Residents should understand that the University of Minnesota’s DNP program does not meet the requirements for eligibility needed to obtain the appropriate F-1 student visa or status because the DNP has limited (fewer than four) face-to-face on-site classes per DNP course. During the application process, we ask that international students use ECE or WES credential services for the evaluations.

Upon graduation, students are eligible to take the certifying exam through the American Nurses Credentialing Center to become certified as a Psychiatric/Mental Health Nurse Practitioner. 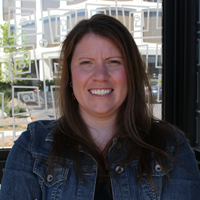 For Jill Barger, obtaining a Doctor of Nursing Practice (DNP) degree and becoming a psychiatric/mental health nurse practitioner put her in a position to be able to pick and choose career opportunities.

“All of a sudden I was handed a box of choices I have never had before,” said Barger, who graduated in 2013.

Before obtaining her DNP degree, Barger was a nurse at Hennepin County Medical Center’s psychiatric emergency room and the Hennepin County Jail. She enjoyed the fast-paced environment of the hospital and that everyday brought new, unexpected challenges. “The work was just so me,” said Barger. “You never know what is going to walk through the door.”

After seven years working as a mental health nurse, Barger sought a DNP degree to open doors to new challenges. “I had been a nurse long enough that it wasn’t as challenging as it used to be,” said Barger. She pursued a DNP degree because she wanted the ability to provide care with more autonomy. She also wanted a greater opportunity to influence patient care and patient outcomes.

As a student of the DNP program, she said she gained knowledge from professors who commanded respect, and her accomplishments in the program increased her confidence. One of those accomplishments was the completion of a scholarly project, which requires students to plan, implement, and evaluate a quality improvement project. Barger developed a six-week program designed to help coworkers at Hennepin County Medical Center’s psychiatric emergency room understand the physiology of stress.

“The DNP degree gives context to the clinical role,” said Barger. “We studied all the moving pieces, like policy and economics.” The DNP degree, she said, will help her influence: “It puts you in an active role.”

After graduation, she accepted a position at PrairieCare clinic, where she is providing outpatient care. Ultimately, Barger envisions working in several settings to satisfy her preference for variety. “I won’t ever get bored with mental health,” said Barger.